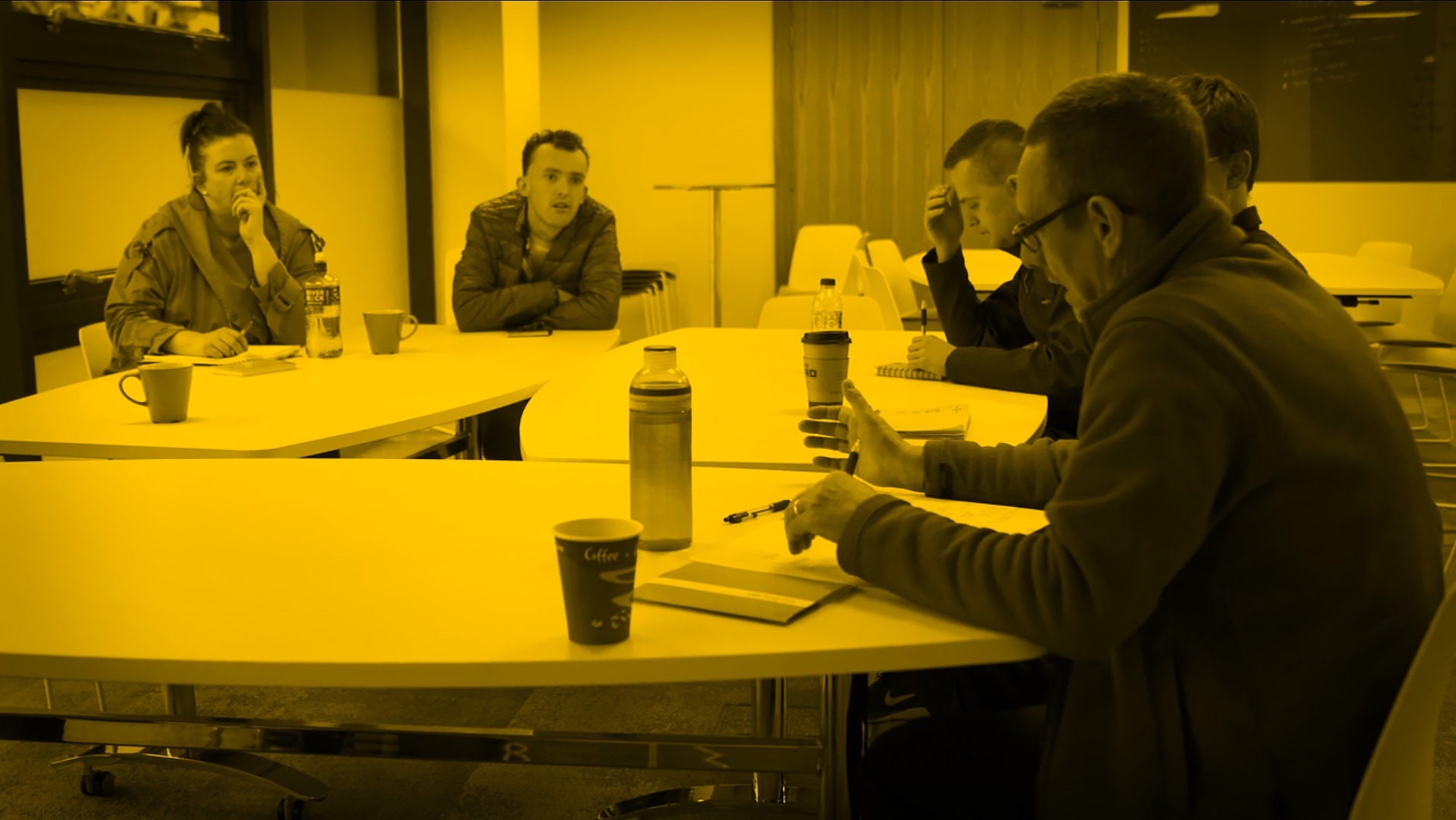 esc films has been on a long journey of creativity for nearly two decades. ESC started 20 years ago when Michael Bogdanov, director of the English Shakespeare Company, invited his assistant director, Tom Magill, to set up a branch of the company in Belfast to deliver Shakespeare workshops to schools.

Tom Magill’s and ESC’s work was deeply influenced by Augusto Boal, the Brazilian Nobel Prize nominee, activist and founding father of ‘Theatre of the Oppressed’. Boal made Tom Magill his representative in NI and became ESC’s patron in 2003, a position he held until his death in 2009.

Boal’s thinking has marked ESC’s work mainly through this thought: “Empowering passive spectators to become active performers in the rehearsal for change in their own lives.”

ESC developed a strong focus on cross-community work in storytelling and film. Thanks to Peace II funding, in 2003 they were able to move into film-making, capturing those processes on film as they explored conflict resolution through the performing arts.

Critically, ESC worked creatively for many years within the prison system in NI using drama, storytelling and theatre techniques.

The Crime of Castlereagh, a theatre production of Bobby Sands’ epic poem, directed by Tom Magill which premièred in Belfast in 1995-96 with a cast of IRA volunteers from Long Kesh / The Maze prison.

ESC’s feature film Mickey B. This was a was a world first – a film made within a maximum security prison (HMP Maghaberry) with serving prisoners as cast. Tom Magill and Simon Wood worked for two years (2005-07) to create a modern adaptation of Shakespeare’s Macbeth which has now been translated into seven languages and has toured worldwide. You can read more about Mickey B here.

After seeing Mickey B, the Community and Forensic Mental Health Team from the Northern Trust invited ESC to work with their clients in Holywell Hospital. This opened up a new area of therapeutic film work with people with severe and enduring mental health issues who had been involved in crime. This work, under the flagship Second Chance for Change banner has developed to include learning disability and both male and female groupings. You can see some example of this work here.

From an initial focus on criminal justice, ESC now also focuses more broadly on a wide range of issues surrounding mental health. In 2018 ESC rebranded as esc films to reflect this journey.

esc films is run by Chief Executive Kirsten Kearney and Artistic Director Tom Magill with a highly-experienced team of associates. As a company and registered charity, we are governed by a Board of Directors.

esc films work in partnership with other organisations in order to create powerful films.

We work with participants and with true stories. Occasionally we use the mask of fiction.

We believe everyone has the courage to create. We believe in the power of choice. We create a safe space where people feel free to take risks without fear of judgement. We build trust and respect through practice. We use storytelling and drama to explore, understand and enable people to gain insight into their story.

In short, we believe in the transformative power of story and film.

This website uses cookies to improve your experience while you navigate through the website. Out of these, the cookies that are categorized as necessary are stored on your browser as they are essential for the working of basic functionalities of the website. We also use third-party cookies that help us analyze and understand how you use this website. These cookies will be stored in your browser only with your consent. You also have the option to opt-out of these cookies. But opting out of some of these cookies may affect your browsing experience.
Necessary Always Enabled
Necessary cookies are absolutely essential for the website to function properly. This category only includes cookies that ensures basic functionalities and security features of the website. These cookies do not store any personal information.
Non-necessary
Any cookies that may not be particularly necessary for the website to function and is used specifically to collect user personal data via analytics, ads, other embedded contents are termed as non-necessary cookies. It is mandatory to procure user consent prior to running these cookies on your website.
SAVE & ACCEPT